EVERY DAY IS AN OPPORTUNITY

At CrossFit Five Plus, our goal is to grow a community of friends progressing together toward both short- and long-term health and personal goals.  We aim to maintain a safe, fun, family-friendly environment of ongoing learning, achievement, excitement and support! Most importantly we want to foster a fitness culture that makes healthy lifestyle change an anticipated and well-celebrated norm. 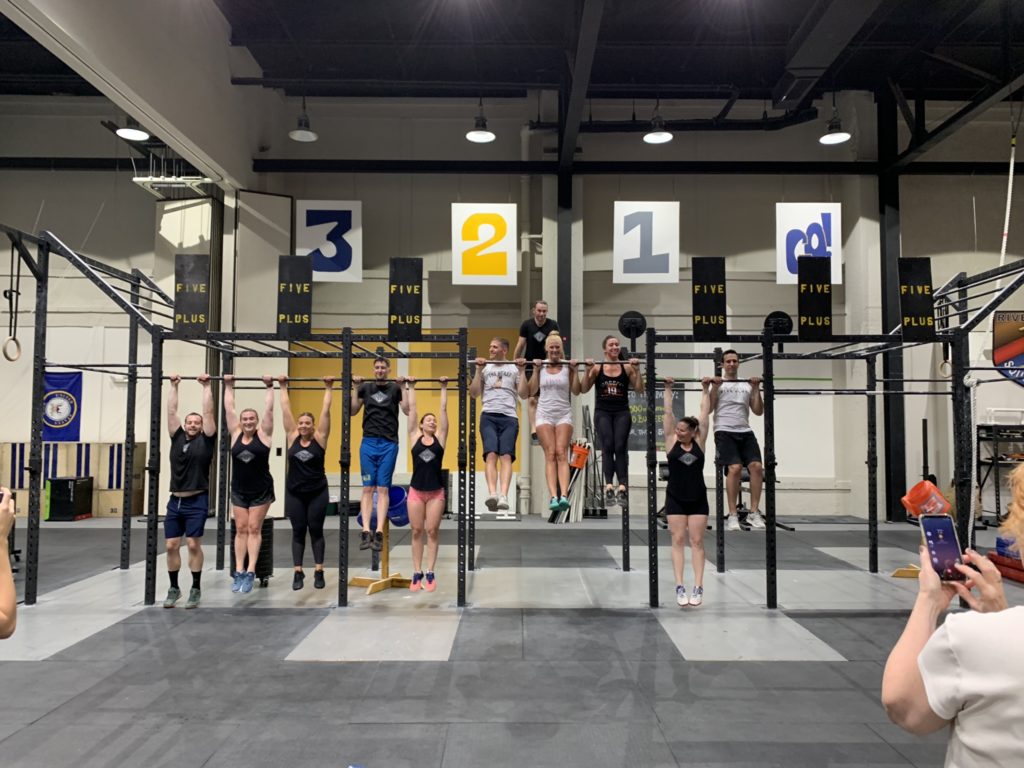 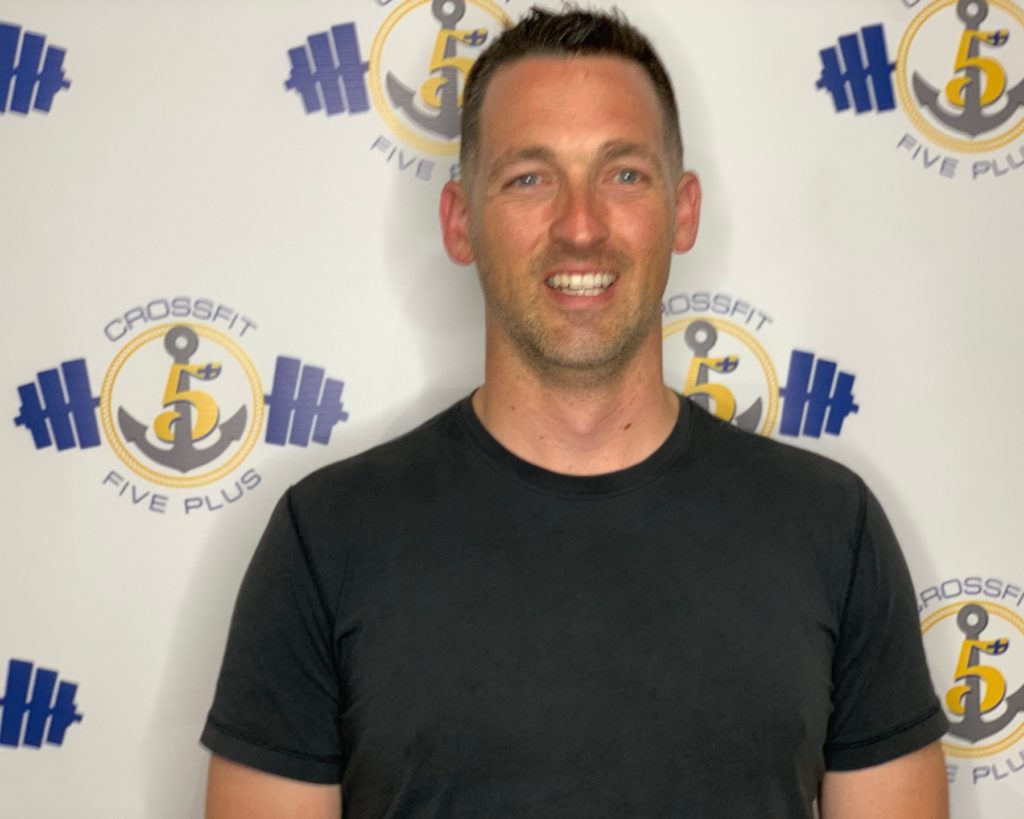 A Founder, Co-Owner and Head Coach of CrossFit Five Plus, Chris opened CrossFit Five Plus in 2013. He believes the quality of our health determines the quality of our lives—and nothing is more important than that. He believes that true fitness is about more than what you see in the mirror, it is about strengthening and conditioning your mind and body so you can love the life you have and be the person you were created to be.  An avid Philadelphia Sports Fan as well as endurance athlete, when Chris isn’t at Five Plus, you will usually find him exploring the New England with his family. 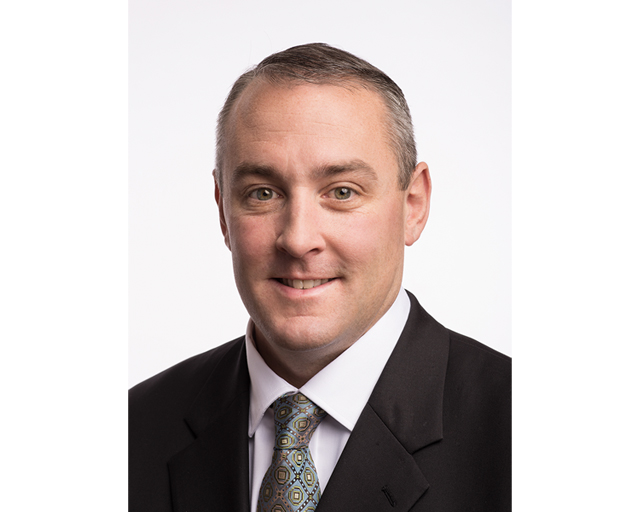 Steve and his wife Kelly joined the ownership group at CrossFit Five Plus in 2017. Steve’s career has been centered on technology.  He is currently the Chief Information Officer at Affiliated Managers Group.  He graduated from Saint Anselm College with a BA in Business.
A friend of Steve’s in the armed services asked him to attend a CrossFit class in 2012 and he was hooked ever since.  It took another year and a half for him to discover CrossFit 5 Plus and another 2 years to introduce it to his wife and two children.  You will often see his children (Sam & J.R.) cheering on the community and showing everyone that CrossFit Five Plus is a place for any age and ability. 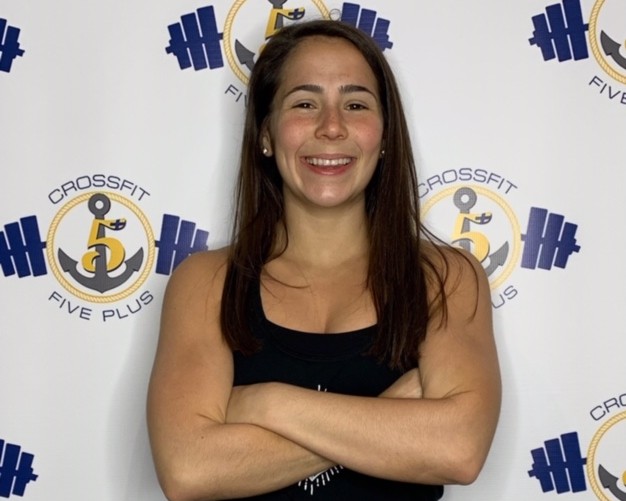 Ally is currently a sophomore at Endicott College majoring in exercise science. She has been an athlete all her life and has always loved helping others whether it be in sport, school, or everyday life! She first found CrossFit about 2.5 years ago and has been addicted ever since! Since starting CrossFit Ally has loved it so much she is in the process of taking the Level 1 Course in hopes to become a coach someday soon! She is extremely passionate about helping others achieve their health and fitness goals. 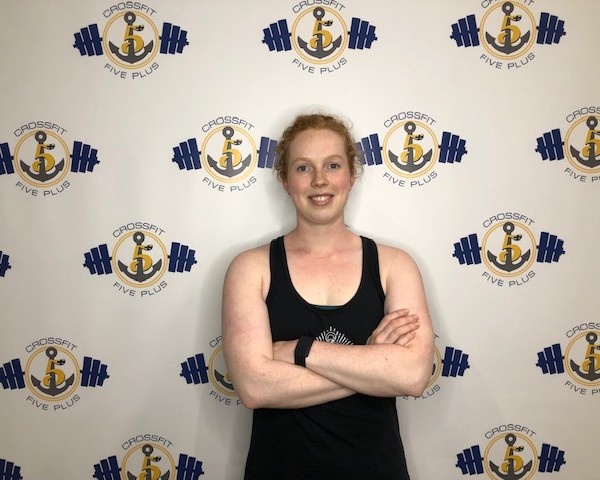 Born in Chatham, NJ Sarah graduated from Gordon College in 2015 and now works at Gordon College’s La Vida Center for Outdoor Education and Leadership as the Director of Adventure Pursuits and Rock Gym, where she runs team building and high ropes programming focused on challenging individuals and teams to step outside their comfort zones. She is also in her 4th year as an Assistant Field Hockey Coach at Gordon College. Always a fan of sports, Sarah has played field hockey for 16 years–earning First Team All-County, First Team All-Conference, Second Team All North Jersey while in high school and NFHCA Division III National Academic Team 2011-2014 at Gordon College. She spent time in Sydney, Australia playing for Mirrabooka Hockey Club.

After suffering a traumatic brain injury in 2013, physical activity was painful and when her final season of college field hockey ended, she stopped exercising for almost 4 years. Knowing something needed to change, Sarah found CrossFit in January 2018 and was hooked. She enjoys working with people of all ages and abilities and challenging herself and others to grow in all aspects of life. She loves teaching and empowering young women to be healthy, both physically and mentally; and encouraging them to know that they are strong and capable. In October 2018 Sarah passed her CrossFit Level 1 Exam and is excited to join the Five Plus Coaching Staff! 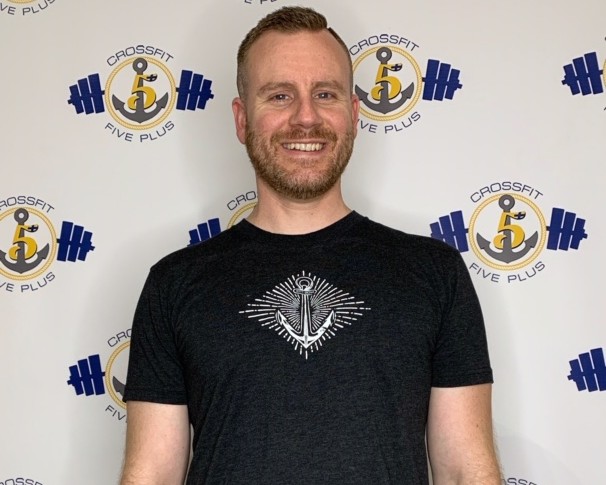 Born and raised outside Chicago, IL, Andrew first moved to the North Shore in 1997 to attend Gordon College. After graduating, he spent the next 6 years in the field of Wilderness Education where he developed a passion for building community and helping others find and develop their strengths. For the last 10 years he has worked as a Special Education teacher at Landmark School, teaching everything from computer skills to P.E. Unlike many other CrossFit enthusiasts, Andrew was NOT athletic growing up, but this never stopped him from moving. As a young child, his love of riding bikes and doing anything on the water kept him outside as much as possible. After college, a growing love of endurance sports led him to start seeking ways to build more strength in the gym, but he was repeatedly discouraged by the monotony and lack of progress he was seeing from standard lifting regimens. In the Spring of 2015 a friend told him about CrossFit 5 Plus. He decided to give it a shot and immediately fell in love with the way CrossFit can be approached by anyone. Andrew is living proof that you don’t need previous experience to succeed in CrossFit. He readily describes his CrossFit experience as “life-changing” and has since developed an immense passion for encouraging others to find the strengths they didn’t know they had, both in and outside of the gym. 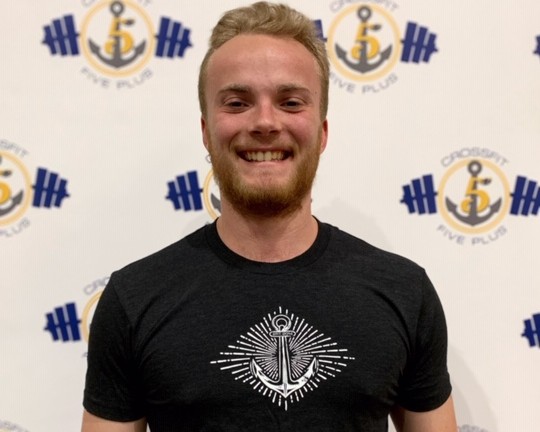 Shawn is a Beverly native and currently a junior at Holy Cross. He started CrossFit four years ago in an elective at St. John’s Prep and has been devoted to it ever since. Throughout high school and college, Shawn played a multitude of sports including rugby, lacrosse, Tae Kwon Do, and cross country; however, none have influenced his lifestyle the way CrossFit has. While originally starting CrossFit merely to get in shape for other sports, the community-driven, self-competitive nature of CrossFit has made it his favorite activity.

Shawn’s favorite aspect about CrossFit is the ability to create a fulfilling workout in a limited space or with minimal equipment. Training at his gym at school, in his garage, and in other non-CrossFit facilities prior to Five Plus has taught him the values of simplicity, adaptability, and variance when thinking about fitness.

Shawn loves to talk about anything Boston sports, Star Wars, and country music. He also enjoys hanging out with his dog, playing the guitar, and grilling. 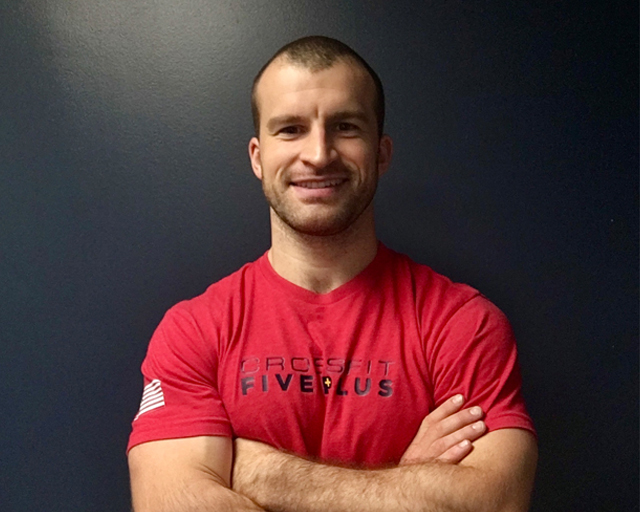 Mike has an extensive background as a strength and conditioning coach, competitive athlete and personal trainer. Over the years, he has trained high school sports teams at St. John’s Preparatory School, co-founded an online fitness company, and coached group classes and individuals in CrossFit gyms on both coasts. Mike is passionate about providing people with a long term health perspective and tailoring fitness programs to address individual goals while promoting sustainable quality of life improvement. Fun fact: Mike is also a songwriter and musician – his songs have been featured in multiple TV shows such as Grey’s Anatomy and The Young and the Restless. 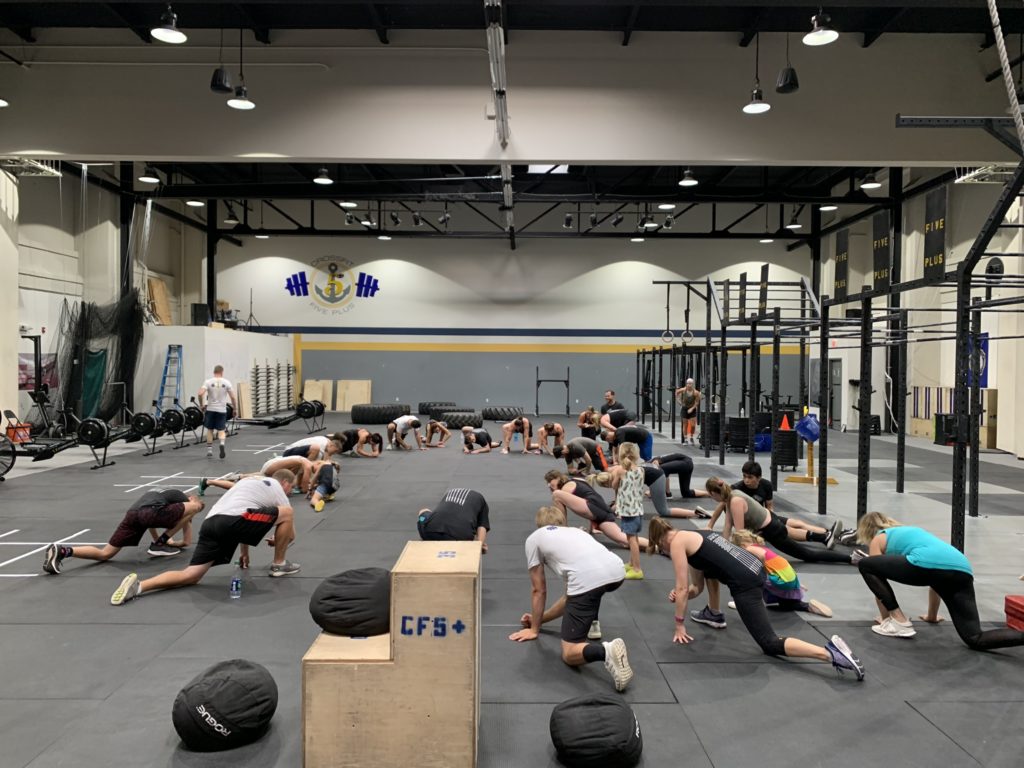 “It has redefined what being healthy means. CrossFit is teaching me that physical fitness is multi dimensional and not a one size fits all concept.”

“I highly recommend CrossFit Five Plus. It has truly been a life changing experience for me. Best gift I could give myself.”

“I love it at CrossFit Five Plus…these are real people with a real mission to encourage health and wellness while they are cheerfully kicking our collective asses.”

“Community. Coaches. Fellow Members. Everyone was welcoming from the start. I couldn’t imagine working out with a different group of people!!!”

“Try something new and take one class at a time, before you know it you will be working at things you never thought you could do and that’s fun.”

Find the right membership option that works for you and sign up today!